I have always been intrigued by unusual relationships between people and animals, so I had a rough idea of where my story was to begin – favourite books of mine being ‘The Bear’ by Raymond Briggs,’Where the Wild Things Are’ by Maurice Sendak and ‘The Lion, the Witch and the Wardrobe’ by C.S.Lewis.  After months of drawing I came up with my two characters, Lily and the Lion.  I had to cast them aside to get on with other projects and so they remained in my sketchbook for two years.  It was only when I showed the drawings as part of an Open Studios event that I realised there potential and decided it was something I needed to finish.

The story began to grow directly from the drawings, the lion was definitely Lily’s strength, her protector.  It was this that people loved and seemed to connect with.  It was never a decision I consciously made about the characters it just came out through the process of drawing.  I found this a much more organic way of working, almost letting the story appear through the pictures rather than writing the story and then adding the pictures which never quite worked for me – the two then became much more intertwined.  It was this that led to the idea of the lion being Lily’s night time guardian, watching over her while she dreams and guiding her safely into sleep. 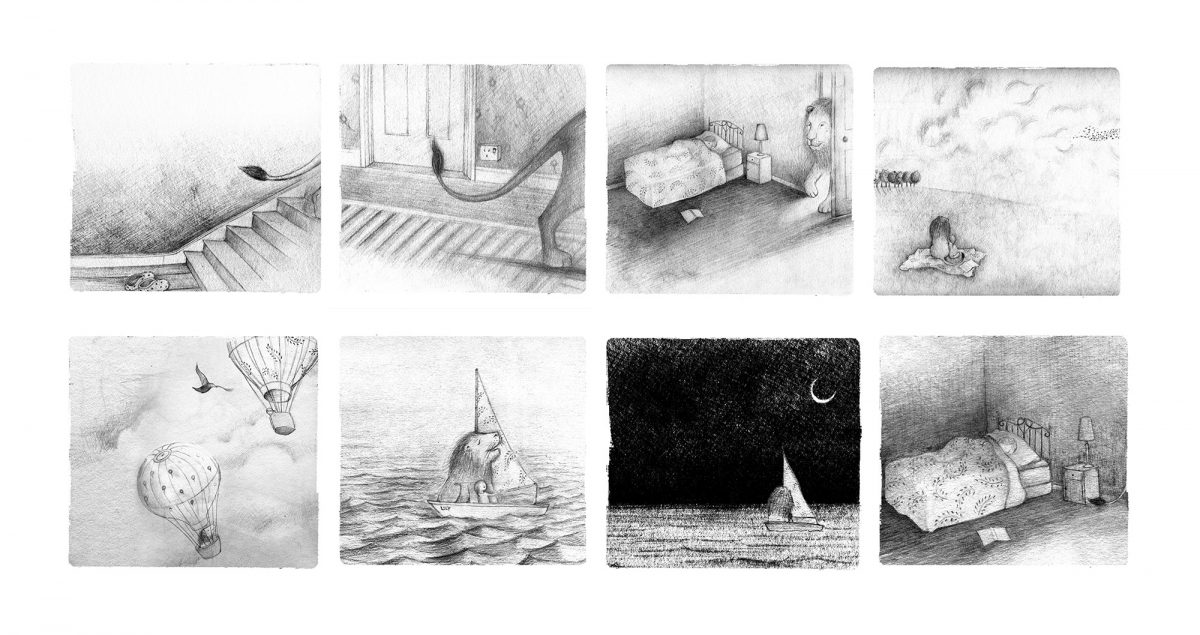 **SHOP OPEN AS USUAL** All orders are sent within 1 – 3 working days via Royal Mail 1st Class post. Thank you Dismiss